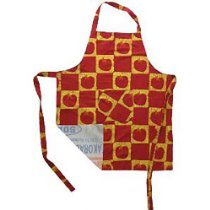 The movement of fair trade started some sixty years ago with the founding of Ten Thousand Villages. The organization was the brainchild of Edna Ruth Byler, a businesswoman who was struck by the poverty that she witnessed when she went on a trip to Puerto Rico. She believed that artisans in developing countries can have sustainable economic opportunities if they were provided with a viable marketplace in rich countries.

Thus Byler would team up with Ruth Lederach to display and sell crafts at the Mennonite World Conference in Basel, Switzerland. This would be later known as the Overseas Needlepoint and Crafts Project. After that she began a grassroots campaign with family and friends often selling handcrafted products from the trunk of her car. One could say then that fair trade started really small.

By the early 1960s, the project would become an official program of the Mennonite Central Committee. By 1968 this would later be renamed as SELFHELP Craft and opening its first gift and thrift shop in 1972.

Despite retiring in 1970 from SELFHELP, Byler continued worked tirelessly to connect individual entrepreneurs in developing countries with market opportunities in North America. Thus what began as a trunk in the car enterprise was now a global network of social entrepreneurs that worked to empower and provide economic opportunities to artisans in developing countries. Thus while fair trade started in the sixties, it was during the eighties that the idea would become feasible.

In was during the mid-1980s that SELFHELF decided that it would be self-sufficient and by then had managed to reach sales of $3.6 million. By 2006 the organization would report sales of $20 million and even start selling products online. Even now Ten Thousand Villages continues to work towards its vision of having all artisans in developed countries treated with respect and dignity, earning fair wage and live a life of quality and not poverty.

The story of the organization’s humble beginnings to its success reveals that there is a chance to make it a worldwide practice. It is a very enlightening story considering that it started not as a group of people but a single person who knew that she could do something to change the world. And change the world she did. The efforts made by Edith Byler are just one of the many that continues to be done even today she was truly a woman ahead of her time, a forerunner in Fair Trade Products.

Edith Ruth Blyer would never have conceived that some fifty years later, Fair Trade Products and Clothing would even be available via a computer, on a Fair Trade Online Store an