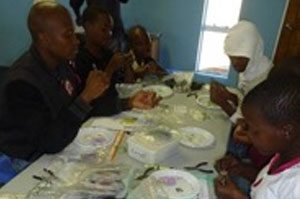 ‘Jewels of Hope’ (JoH) is an organization started to teach orphans and vulnerable children how to make Fair Trade jewellery as a source of income. It was started under ‘Love in Action Lesotho’ (LiAL) in Lesotho, Africa. 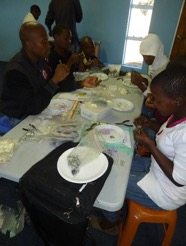 Fair Trade Jewellery made by orphans and vulnerable children

By supporting Jewels of Hope you enable children to receive: 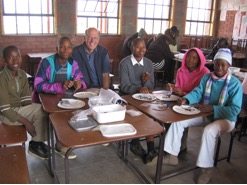 Daniel’s aunt had recently become involved as a trainer in a project called ‘Jewels of Hope’ (JoH) that had been started under ‘Love in Action Lesotho’ (LiAL), so Daniel was taken into the program in 2006. When Graeme became a trainer in May of 2008, he began to disciple and mentor Daniel (second from the left) as well as teach him how to make  jewellery. With the help of LiAL and JoH, he was able to finish his high schooling and is now in his third year at college doing a course in Business Management. To raise money for transport and other necessities, he has been raising chickens, putting in to practice the business principles that he learned at JoH. He ultimately hopes that he will be able to become an accountant in the future.