How to be a Fair Trade Town 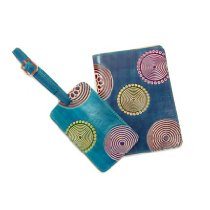 A fair trade town is a town that has made its commitment to becoming a supporter of fair trade. The idea however is not limited to towns but can also include cities, villages and even islands or countries.

Garstang in Lancashire was the first town in the world that declared itself as a fair trade town in April 2000. What initially started as a simple campaign captured the imagination of the locals and even caught the interest of politicians. As a result many towns and cities in the U.K. and even those from other countries, have started their own campaigns on achieving such a status.  http://www.garstangfairtrade.org.uk/

The process of becoming one is relatively easy considering the all one has to remember is the “Five C’s.”

The first is Council. The local council must enact or pass a resolution that supports fair trade and agrees to serve only fair trade products in its activities and establishments like meetings and canteens.

The second is Commerce. Retail outlets like supermarkets and shops and catering outlets like restaurants that are located in the town must ensure that fair trade products are readily available in their respective establishments.

The third is Community. Local workplaces like schools, universities and community organizations must vow to support and only use fair trade products whenever possible.

The fourth requirement is Common Consensus, which means consensus that the community must make sure that the use of fair trade in the community is obtained through media mileage and events that raise awareness about the movement. Thus the main goal is to get the public’s support.

The last goal is Captains, this means that the town must choose a group that will ensure the fair trade campaign is continued and has the support of everyone.

By gaining such a status, the community guarantees that the trade system in place puts priority on people and not on profits. Thus everyone in the community, from the average person, to the local businesses to the government officials, benefits and become closer to each other. In the U.K. for instance, there are now more than 500 towns that have achieved this kind of status and many more are working to achieve it.

Being a fair trade town then not only makes the community stronger but it also shows how everyone cares about each other.